When we talk about our games to someone for the first time, we can summarize it down to one or two sentences to get the point across. The elevator pitch for Spirits was “Princess Mononoke meets Lemmings”. I sometimes describe Future Unfolding as “old school Zelda, but we don’t explain anything to you”.

Where the inspriation for games comes from is usually more complex, multifaceted and lesser known. Many people can see the influence of Studio Ghibli on Spirits, but fewer have heard of Swedish illustrator John Bauer or Polish painter Jacek Malczewski, both influentional to our work. The gameplay of Spirits is based on Lemmings, obviously, but equally important was Mattias previous research on how digital play spaces shape the possible interactions of the player. 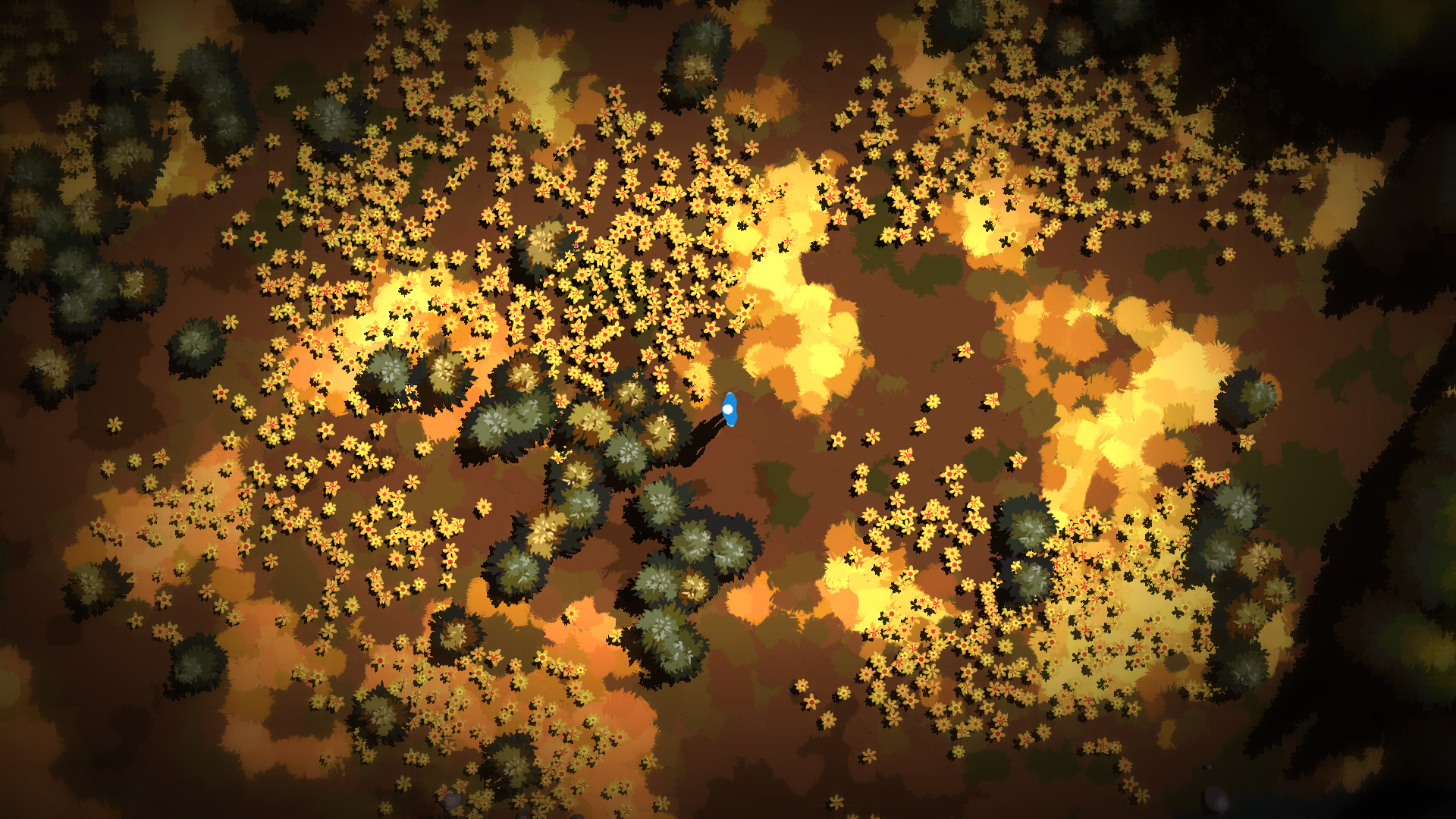 Future Unfolding takes inspiration from many sources outside games. We stumbled on the game’s name in a poem book. Exploring the open world of Future Unfolding is a nod to the very first Zelda, but also reflects our personal curiosity to explore foreign worlds. The way we create the illusion of 3d space in the game’s top-down view perspective is directly inspired by Shadow Art. The Art Direction of Future Unfolding is rooted in Impressionism, a style not commonly used in games. The flavor text you encountered in an early version of the game showed at events were all literal quotes from other mediums: books, movies, song lyrics. (All text has been re-written by Till Wittwer for the final game.)

While inspiration is a starting point, our vision for the project defines where it should go. Once we bring different ideas together, we have to figure out how it all works together, and establish an internal, coherent logic for the game. Future Unfolding is a game about exploration – both of the world and its rules. Any idea we discover during its development needs to fit into that framework.