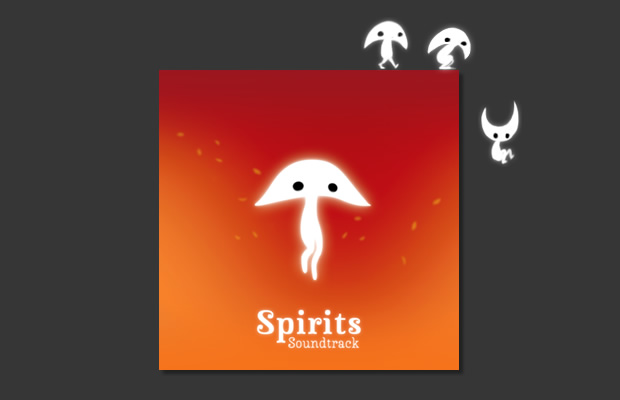 Everyone who loves the music in Spirits will be happy to hear that the soundtrack composed by Martin Straka is now available on Bandcamp. You're free to pay whatever you want for it, with a minimum price of $3 for the complete album. As always, you can pick your favorite audio format (MP3, ACC, Ogg, what have you) when downloading the score.

Martin has been quite prolific in the last years creating the soundtrack for various indie games, from Understanding Games to Trauma, which was nominated for the IGF "Excellence in Audio" Award. He's also up for new game projects, so make sure to get in touch with him if you need music and SFX for your next game.